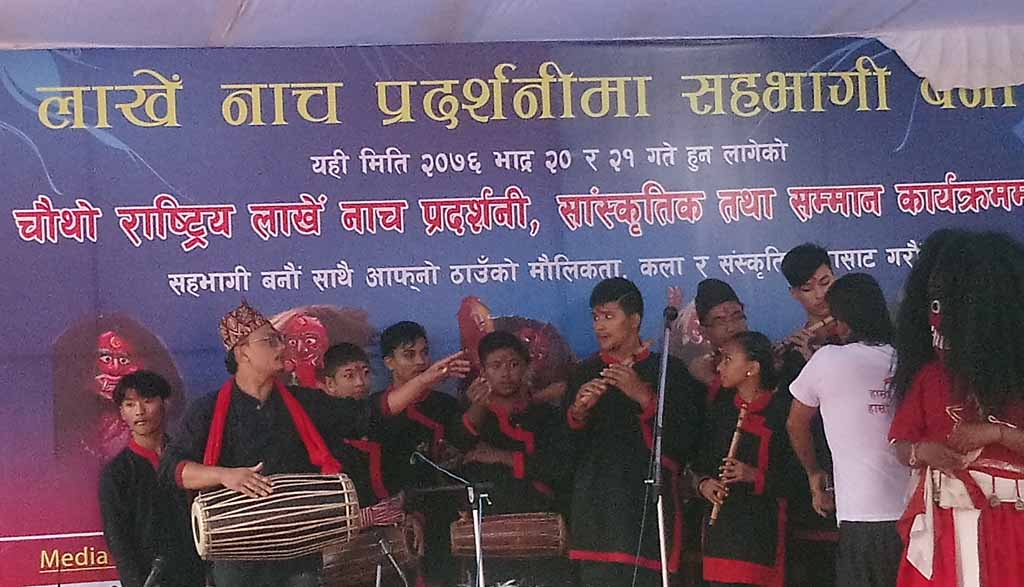 Fourth Nationwide cultural Lakhe dance show has been completed to preserve the indigenous Newari culture and to promote tourism in Nepal.

Lakhe dance show was organized in Machhegaun, Kathmandu on September 6 and 7 by showing the dance of nationwide Newar people. This is a Newari culture dance. Lakhes are depicted with a ferocious mask, and the head is covered by hair of yak tails. Lakhes are said to be demons and female Lakhe is known as Lasin.

Beautiful village Machhegaun is a part of Chandragiri Municipality in Kathmandu District. There is a popular temple of god Vishnu, Machhe Narayan.

From Machhegaun, we can do short hiking for fresh air. The traditional gate, bricks and stone-paved staircase, a statue of Buddha inspire to hike in peaceful jungle. Kathmandu Peace Pagoda is in under construction, setting up by Nipponzan Myohoji, Japan.

From Machhegaun, people can hike to Champadevi Temple or Chandragiri Hill as well. Contact us for hiking tours in Nepal