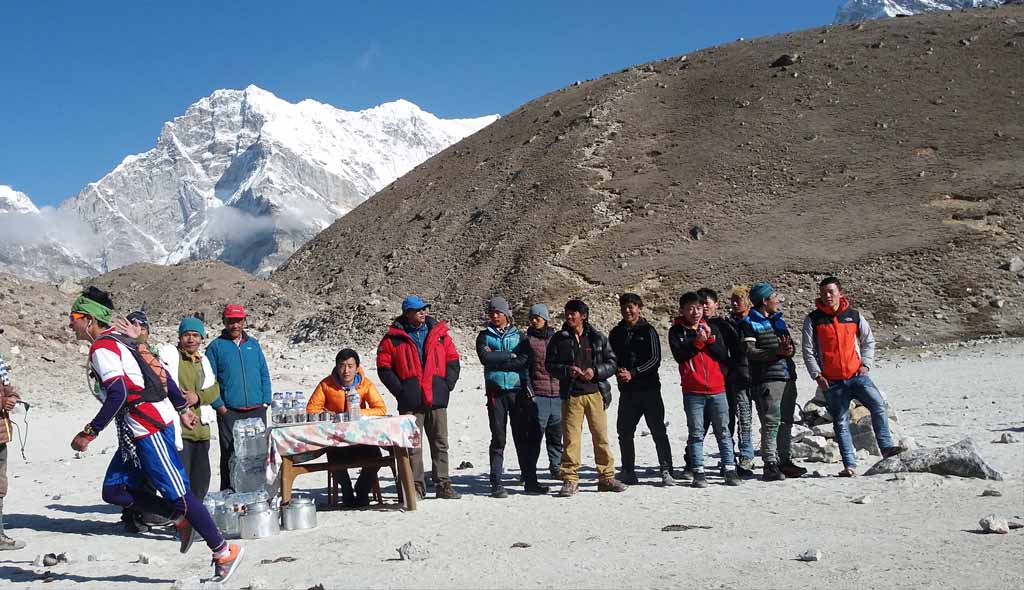 Everest Marathon 2019 has been held on May 29 in the Everest region on the occasion of anniversary of Mount Everest conquest  on May 29, Everest Day.

The second and third positions were taken by Kapildev Buda and Ram Kumar Rajbhandari. Buda completed the race in 3 hours 56 minutes and Rajbhandari took 3 hours 58 minutes.

Toughest and the Highest Everest Marathon

Tenzing Norgay Sherpa and Edmund Hillary conquered Everest on May 29 (Everest Day), 1953 for the first time. The marathon is rated as one of the toughest and the highest altitude long distance race starts from the Everest Base Camp (5,360 meters) and ends at Namche Bazar (3,450 meters), 42 km. There are three different distance wise marathon; Everest Full Marathon 42 km, Everest Half Marathon 21 km, and Everest Extreme Ultra Marathon 60 km.